vao trocar a engine do jogo 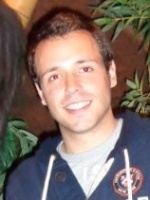 more_horiz
As always, we will be watching server data, and the feedback tracker for any potential severe issues and will address them accordingly with a hot fix. For any bugs/issues you run into, please let us know by filing it on the feedback tracker: http://feedback.dayzgame.com

KNOWN ISSUES:
Player is unable to attack with any weapon under certain circumstances
Character freezes for a few seconds after throwing an item under certain angle
Players experience desync when engaged in melee combat while their network bubbles overlap
Random throwing of items
Ladders can't be used after hit by a grenade explosion
Player is stuck in building after reconnect
Player cannot respawn properly after drowning
When restrained while unconscious player stays restrained until he reconnects
Character goes prone after using drink all action on canteen
Random police car spawning doesn't work properly. Cars are not visible, loot is there though